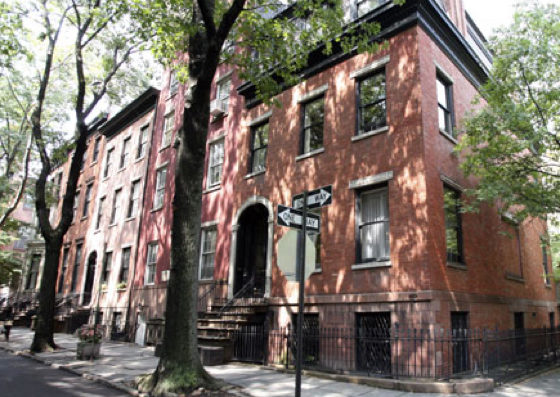 NEWS: Just a few hundred yards from St. Francis College is the famous Brooklyn Heights townhouse on the corner of Cranberry and Willow Streets known as the “Moonstruck” House because it was used in the 1987 movie of that name starring Cher and Nicholas Cage. That house has just been sold for $4 million.

One might find the price hard to believe but in the words of Cher’s character Loretta Castorini; “Snap out of it!”

According to The New York Times and BrooklynHeightsBlog.com, the ‘Moonstruck House’ had been on the market since 2006 and the asking price had been reduced from $5 million to $4 million.

The home was sold by Edwards Rullman and his wife Francesca who had lived there for over fifty years.

While raising his family in the quiet Brooklyn neighborhood Rullman, an architect, donated much of his expertise and time to the reconstruction of his house and nearby Brooklyn landmarks.

Rullman and a number of other neighborhood activists confronted public works commissioner Robert Moses over his plans to erect the Cadman Plaza civic center, which meant the demolition of Brooklyn houses.

In the early 60s, Rullman and others became members of The Historic Preservation Committee to try and preserve and restore the old townhouses and surrounding landmarks. Those landmarks inlcuded Walt Whitman’s printing shop, which was demolished.

The New York Times said Rullman became the chairman of the Design Advisory Council, and used his architectural knowledge to help other house owners determine methods of keeping their houses from falling apart.

Although the demolitions proceeded to some extent, Rullman and the other committee members were able to salvage some of the remaining Brooklyn houses. Eventually Rullman opened up his own business, devoting his time to helping preserve and restore houses in Brooklyn Heights. During this time Rullman was able to restore over fifty buildings in the area. For now, the ‘Moonstruck House’ is safe and was sold to a nice family, according to Rullman and his wife.