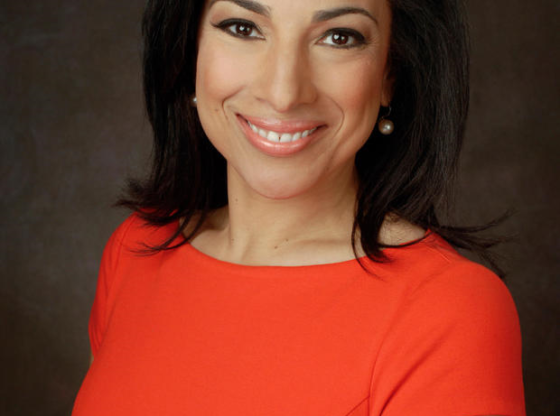 Miller, who spoke at last Spring’s commencement ceremony, was happy to speak at SFC again but this time as an Honorary SFC Alumna ‘19.

Instead of holding a lecture about her educational experiences, she encouraged students to think about making stories that impact their audiences whether in journalism or TV production.

“I want you to get a sense of what I do and why I do it and for people like me who are storytellers, we’re driven from people who motivate us in telling a story that informs people,” said Miller.

Miller showed an example of this through one clip of her award-winning series, National Guards’ Youth Challenge Academy.

It’s a six-month long program that incorporates school for high school dropouts to catch up.

She showed this report because it gave students valuable information about young people who are overcoming adversity.

“It really pours into them discipline and a sense of belonging and self-respect.

“These are all the kids who haven’t been arrested but are right there on the edge,” Miller explained.

Her whole point was that little stories matter because it enables you to change your behavior. It encourages people to think more of themselves.

She ended the lecture by discussing how we can give back through our storytelling.

“I hope you are seeking agency in the world, to learn about what’s going on now and how you can be better citizens,” said Miller.

“That’s why we do it. We are trying to make this a better country and a better world as journalist by informing you what is true in the world,” she said.

She lastly encouraged voting and mentoring to make a difference in our world.

“Everybody needs to be involved in community service.

“To give beyond who you are to yourselves in the world …

“Mentor someone. Every single one of you have something to teach someone. If we all did that, the world would be a heck of a lot better than it is right now…Engage in the political process,” she said.