CASCO TO DIRECT ‘SURE THING’

Home /News/CASCO TO DIRECT ‘SURE THING’ 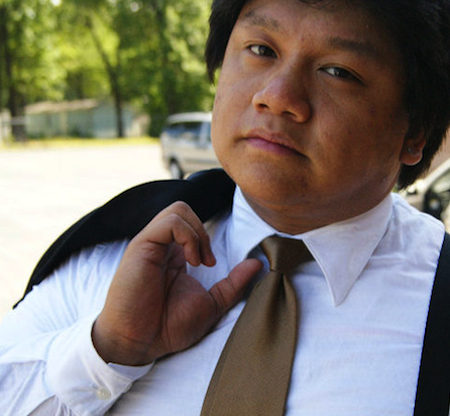 St. Francis College student Jesse Casco will be directing “Sure Thing”, a one act written by David Ives, which will debut in February 2011.

Casco was initially a psychology major at SFC but decided that his real interest was in the field of communications. He is currently on the advertising track, and is excited about his new play Sure Thing.

The idea to direct one act plays occurred during rehearsals for Angels in America, in which he played the role of Roy Cohn, the lawyer who is infected with AIDS. He was also responsible for building the set for this production, including the staircase on which the angel stood.

Following the production of Angels in America, Jesse decided to take the initiative and look at some one-act plays he felt had potential. Casco said: “I got to direct the play because it was my idea… I’ve always wanted to direct this specific play because of how open ended it is.”

Casco describes Sure Thing as a short, comic play about Betty and Bill, “two strangers who meet each other, and how finding love sometimes takes many tries.” Throughout the play their conversation is continually reset by the use of a ringing bell, and starts over when one of the characters responds negatively to the other.

Casco has high hopes that this play will create great exposure and said: “I hope that with the first fully student driven performance, the Troupers not only increase their numbers, but show the SFC community what our group is capable of.”

The play will debut in February 2011 but the actual dates of when the play will be performed have not been officially decided.

The cast will include Mark Mendoza as Bill, and Andrea Parker as Betty. If everything goes smoothly Casco would love to direct more one acts as time goes on and said: “I love directing. I also love acting, so either or would work. I most definitely see myself directing more pieces in the future.”