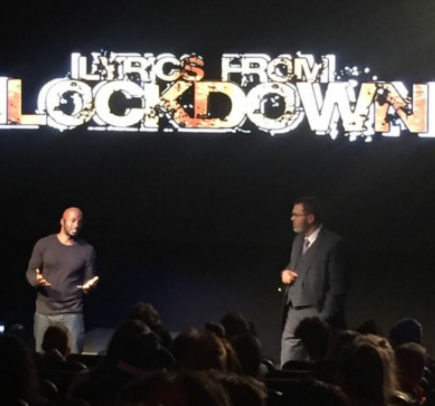 Dr. Miguel Martinez-Saenz was recently named the 19th President of St. Francis College. His inauguration occurred on January 27th, 2018. Prior to the inauguration, a plethora of on-campus and off-campus events took place. After a “Welcome Back” lunch was held on the first day of the spring semester, International Flag Day was observed in Borough Hall Plaza on January 18th, and a Day of Mentorship was organized on January 20th.

On January 25th, SFC welcomed activist, actor, author, educator, hip-hop artist, poet, and performer Bryonn Bain to the stage in the Callahan Center. According to the promotional advertisement for the performance, Bain was wrongfully jailed in a case of mistaken identity while a student at Harvard Law. Now a Columbia University graduate and U.C.L.A. faculty member, Bain currently stars in “Lyrics from Lockdown: We Are So I Am,” his own one-man show. The show’s official website describes “Lyrics from Lockdown: We Are So I Am” as “a survival guide that reminds us of how the criminal (in)justice system can radically change a young person’s life.”

Bain held two performances at SFC on Thursday; one during activity period (during which President Martinez-Saenz rapped!) and another ticketed event at six p.m. later that day. Before Bryonn Bain began his performance during activity period, SFC student Desaro Lugo recited a touching piece called Time. Time highlighted the fact that, although time is a manmade concept, it carries a lot of weight in our lives. Lugo mentioned the waste of time, how time can bury us, and the impact of time in the presence of our relationships. He concluded by asking the following question: are you doing time? Then, Bryonn took the stage with a slightly chilling yet beautifully assembled performance. He teased segments from Lyrics from Lockdown period as a preview to the eighty minute performance in the evening.

“Lyrics from Lockdown: We Are So I Am” addressed stereotypes in America, and “fused ‘hip hop, theater, spoken word poetry, rhythm and blues, calypso and classical music’” to tell its story, according to an online review of the show by the experimental theater group The Actors’ Gang. Bryonn’s performance was musically enriched by cellist Peter Wallen, saxophone player Chris Selis, and bass and guitar player Simon Fax. Following the performance, Bain held a Q&A session in which he discussed workers rights, inmate labor, and general incarceration. He then encouraged college students to embrace activism and to protest and break campus contracts with organizations that take advantage of inmate labor. He finished by advising the audience to “shape the world however you want it to be shaped.”

The Evolutionary Studies Collaborative: A Discussion with Professor Tague
“Blue Bloods” back by booming Brooklyn