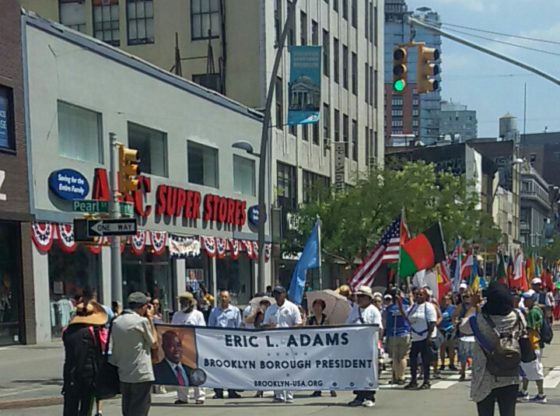 Borough President Adams’ “Embrace Your Hyphen” campaign celebrates Americans who honor their diversity, and today’s International Day of Friendship was the signature event.

This family friendly event “consists of a series of cultural identity-oriented festivities that begins with a Unity Parade of Flags, featuring the flags of 195 nations.”

The parade is “led by Borough President Adams…[and includes] representatives from more than 80 countries as well as a number of dancers, drummers, and stilt walkers…”

“The festivities at Brooklyn Borough Hall and Columbus Park run through the day and feature a series of cultural and artistic performances from a wide variety of groups represented in the borough, as well as a taste of international cuisine.” 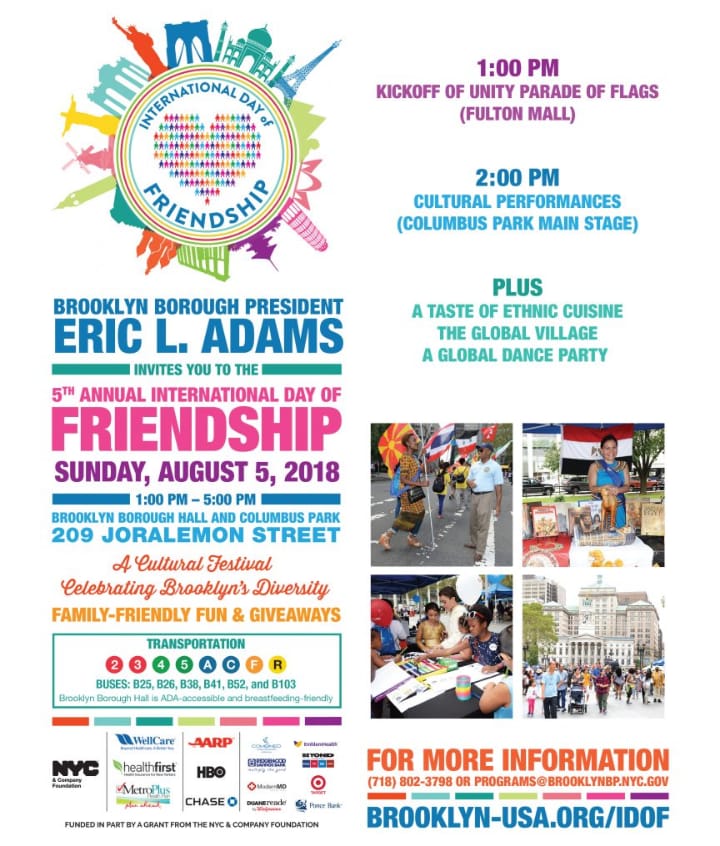