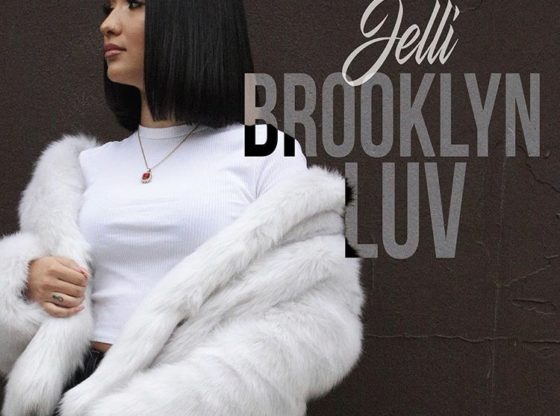 by Abigail Chun and Alison Delaluz

Junior at SFC Angelica Quinones has blown us away with her talent.

On February 1st of 2019, she released her very first single, “Brooklyn Luv”, which is available on all streaming services, including Apple Music, Spotify and Youtube.

We were privileged enough to have the opportunity to sit down with her and discuss her journey with music, her concerns about the music industry, and her experience balancing being both a full-time student and an artist.

Q: Tell me about your background? Such as yourself, school, family, a little bit of everything?

A: “I am a Junior here at St. Francis. I am majoring in Business Management and I am minoring in Entrepreneurship. I originally came here because I wanted to start my own makeup line as I am also a certified makeup artist but sort of drifted away from makeup. Now I think I want to do law after I graduate.”

Q: How did your music career start?

A: “It all started when I started singing in first grade. Growing up I was so shy, super shy. I could barely talk to people, but I could get on stage and sing. I was in every single talent show that my school held. I loved performing in front of people. I received a full scholarship to a singing school called Brooklyn Youth Chorus Academy that I attended for four years. In high school, I was in chorus and we performed at Disney every year to compete. I kept singing when I got to college and just recently started posting videos of myself singing on Instagram. I was so nervous to put myself out there, but one of my mantras is ‘you only grow outside of your comfort zone’. After I started performing covers and posting them on Instagram, a family friend who also happened to be a professional music manager reached out to me, asking if I wanted to work with him to get a sense of studio recording. I was hesitant at first because I didn’t really write my own music. I had dabbled in songwriting, but had never put something complete together. I always write down my own thoughts and things I want to put down in songs on my notes, but I had never written a full song before. He explained that we could record a cover so I would know how it feels to work in a studio. We began recording a cover, but after he read and praised a few of my original lyrics, we were like, ‘why are we still doing this?’.  I decided that I wanted to make my own music. That same day, we started putting  ‘Brooklyn Luv’ together.”

Q: Who are you inspired by?

A: “I feel like I am inspired by a lot of people, especially people who come from New York City. Seeing artists like A Boogie and Jay Critch, who I’ve been listening to since their beginning, come from the bottom and find success really inspires me and makes me feel like I can do it too.”

Q: What was one of your biggest difficulties throughout this journey?

A: “The first day ‘Brooklyn Luv’ was released, three anonymous Instagram accounts contacted and harassed me, basically to tell me that they thought the song sucked. I was concerned when those accounts were telling me that they knew where I lived, amongst other things, but their negative energy in general doesn’t bother me. They just helped me by streaming my music, which only helps me succeed. I wish people would focus their energy on growing and working on their passions, instead of tearing down the success of others.”

Q: Are you planning on releasing more songs soon?

A: “Yes. I’m currently working on a music video for ‘Brooklyn Luv’, but I hope to have an EP out by the end of this year. I still want to continue releasing singles and I have a new single coming soon. I’m also thinking about collaborating with other artists, which I’m really excited for. ”

Q: How are you able to manage school, work, and music?

A: “The nature of my job helps me a lot, because it gives me time to get my homework done, so, when I get home from school, I have time to focus on music. Also, the Notes app in my phone is my savior. I use it to write songs, remember assignments, due dates, and things like that.”

Q: What do you plan on getting out of this career as a singer?

A: “The ultimate goal is to be famous. It has always been my dream. But I’m currently in school getting my Bachelor’s in Business Management, so my backup plan is to go to law school to study Business Law.”

Q: What was your biggest fear about joining the music industry?

A: “People not liking my song. I mean, as much as I am confident in my work, I am also my biggest critic, I never see anything I do as perfect because I feel that there is always room for improvement. I always have to have someone check my work. But people did like my song, so that was encouraging.”

Q: Why did you name the song Brooklyn Luv?

A: “As you can tell I love being from Brooklyn.  I wanted to write a song that girls where I am from can relate to. Girls should make other girls feel better, instead of looking at each other as competition.”

Angelica Quinones, professionally known as Jelli, is clearly an artist to be watched.  Not only is she a promising singer and songwriter, but she is also a full-time SFC student who is engaged with and passionate about her community. This is only the beginning for her, so be sure to listen to ‘Brooklyn Luv’ and follow her on social media. Let’s support our fellow SFC Terrier!