Brooklyn Heights Promenade may be shuttered 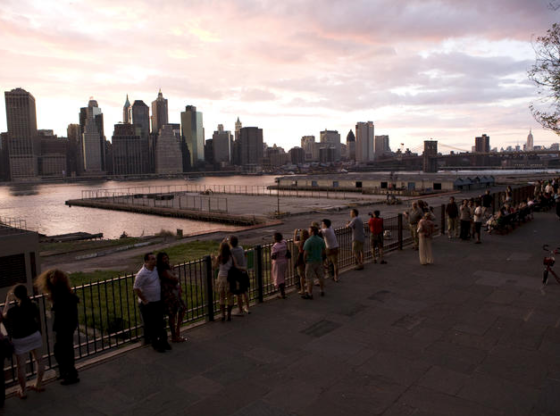 The Brooklyn Heights Promenade may transform into into a speedway for cars and trucks and in the near future.

The BQE is planned to be rehabilitated from Atlantic Avenue to Sands Street, and in order to finish the project by 2026, the “city must shift all traffic to a temporary elevated one at the promenade level for at least three years — half the time it will take to finish the job — while contractors build a new triple-cantilever structure,” says Tanvi Pandya, York City Department of Transportation manager.

The 6 year construction plan may cause the city to shutter the Brooklyn Heights Promenade, according Pandya.

“To make way for the cars, workers would have to erect columns along Furman Street, tear out the existing Promenade and its trees, and lay down enough blacktop to make a six-lane roadway — something that could take a year and a half to pull off, thus closing the park to the public well before cars make it their home.

“Traffic would then shift from the current roadway to the temporary one while workers build the new tiered, cantilever structure, before bringing it back down to the rehabbed BQE, according to Pandya.”

Still, Pandya claimed that the city would try to incentivize the contractors to finish as quickly and possible.

“On the bright side, the new Promenade will be 35 feet wider after work is finished,” she said.

“The roadway below would feature wider lanes and shoulders — something missing from the 1950s-era highway.”

Brooklyn Paper reporter Julianne Cuba wrote, “the city could close the Promenade for a shorter period of time and not move cars to it if it chooses a plan that would refurbish the triple cantilever on a lane-by-lane basis.

“But that plan would take until at least 2029 — three years past the believed end of life for the present highway, when experts warn it could start collapsing under the weight of the thousands of trucks that traverse it daily.

“Work to rehabilitate the 1.5-mile stretch of expressway from Atlantic Avenue to Sands Street can start as early as 2020 and wrap by 2026”.

Without a doubt, the BQE needs to be reconstructed. But the question remains: what will happen to the Brooklyn Heights Promenade?