Brooklyn Ballet is a Must See!

Home /Entertainment/Brooklyn Ballet is a Must See! 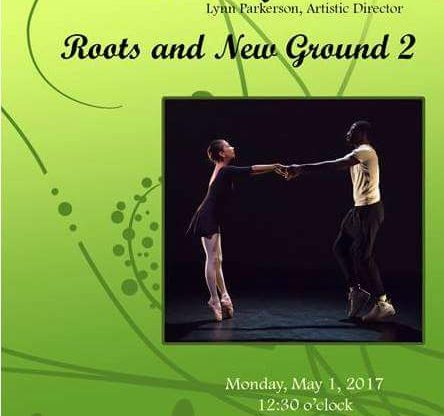 The Department of Fine Arts here at St. Francis College presented “Roots and New Ground 2” from Brooklyn Ballet. The event took place Monday May 1, 2017 at 12:30 pm in Founder’s Hall.

According to their website, “The company was founded in February 2002 by Artistic Director Lynn Parkerson, the first of its kind in Brooklyn in more than 40 years. Brooklyn Ballet brings a contemporary vision to the treasured art form of ballet, with repertory and programs that revitalize and re-imagine the classical form. Our mission is three-fold: to commit to artistic accomplishment, education, and community engagement.”

The event’s program consisted of 6 stunting acts preformed by some very talented young men and women.

The second dance was “Spectre Etude (Work in progress)” with concept from Claudia Jeschke and to the music of “Aufforderng zum Tanz” by Carl Maria von Weber. The dance was choreographed and performed by Belinda McGuire.

Next was a dance named “This Dance Goes Like This (2015)” with choreography by David Fernandez to the music of “Floating, Secret Window” by 7+5 and Malcolm Parson. The dancers performing included Paunika Jones, Miku Kawamura, Christine Sawyer and Maxwell Simoes.

Following was a piece called “The Lonely Goatherd (2016)” to the music of “The Sound of Music” by Rodgers and Hammerstein. The piece was choreographed and performed by Michael “Big Mike” Fields.

The next piece was titled “Pas de Deux (2017)” choreographed by Lynn Parkerson to the music of “Gavotte et six doubles” by Jean-Phillipe Remeau. This dance performed by James “Floats” Fable and Miku Kawamura.

The musicians who assisted the performance with live melodies were Julius Abrahams on piano, Malcolm Parson on cello, Andrew Sheron on mandolin and Sam Weber on bass. Thanks given to the Ballet Master Richard Glover.

As a review of the event, every moment of the show had the audience captivated with raw energy and colorful movement. The amount of work that went into memorizing every move and perfecting the rhythm showed in all the acts. The amazement was clear through the room as applause continued after the final act for minutes on end.

Brooklyn Ballet lives up to it’s reputation of a highly serious and dedicated professional dance school and company. If you have the chance to see one of their many shows, it is definitely recommended.