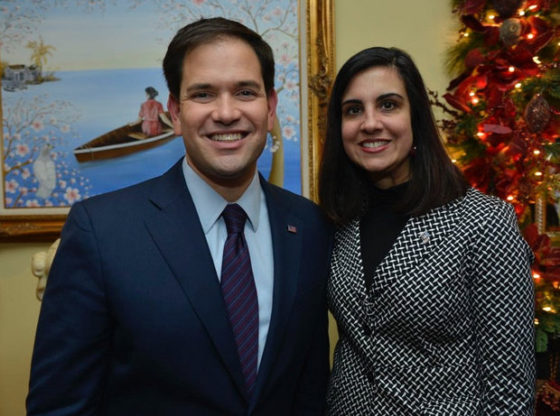 New York’s very own Assemblywoman Nicole Malliotakis has announced that she will help Florida Senator and presidential candidate Marco Rubio in his pursuit to get the Republican nomination.

The Rubio campaign reached out to Malliotakis (R-Bay Ridge-Staten Island) to serve as his New York state chairman and she declared last week that she passionately supports the freshman senator that has come her way.

“Washington will never change if we keep electing the same 20th century leaders with the same 20th century ideas when it comes to addressing the important issues facing our nation, such as our economy, college debt, national security and immigration,” Malliotakis said according to the Brooklyn Eagle.

Rubio wants to restore the American Dream by changing policies so that they match up with the way the economy has changed in the 21st century. He has fought against Washington’s big government vision, ObamaCare and budgets that create debt.

The senator supports immigration reform and wants to find a reasonable method of allowing immigrants to live and work in America.

The Republican Primary vote will take place in New York on April 16 and will show the potential of the two Republicans.

Rubio and Malliotakis are not only similar in their Republican ideology, but they are both children of Cuban immigrants.

“Marco is a generational leader with the vision and plan to meet the unique challenges we are facing and preserve the American Dream,” she added according to the Brooklyn Eagle. “I’m proud to support Marco Rubio for president and look forward to helping him win New York.”