“Blue Bloods” back by booming Brooklyn 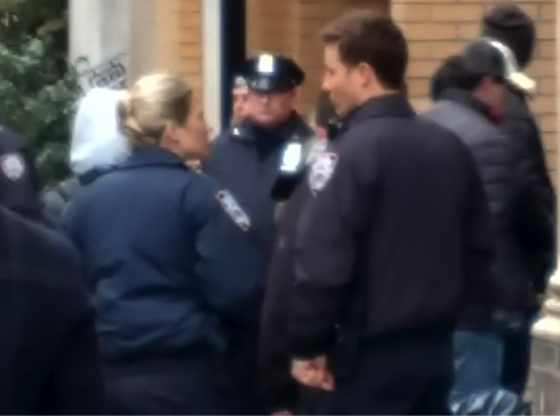 39-year old American Dreams actor Will Estes and 36-year old Pretty Little Liars actress Vanessa Ray were the two actors present at the Brooklyn film shoot on the 29th of January. Estes stars as Officer Jamie Reagan while Ray stars as Reagan’s partner and ultimate love interest Officer Eddie Janko. The film shoot lasted from approximately 6am to 11pm. Most of the scenes featuring Estes, Ray, and various extras were shot between 8am-1:30pm. Most of the film shoot took place outside the Saints Constantine and Helen Greek Orthodox Cathedral (officially the Greek Orthodox Cathedral of Saints Constantine and Helen) on Schermerhorn Street in Brooklyn. An interesting fact about the building is that it was the first Greek Orthodox church on Long Island and the cathedral took practitioners from Manhattan’s destroyed St. Nicholas Greek Orthodox Church which was wrecked following the events of September 11th, 2001. The Blue Bloods production shoot took up the whole block of Schermerhorn Street, between both Court Street and Boerum Place.

The Saints Constantine and Helen Greek Orthodox Cathedral acted as the show’s fictitious Masjid Muawiyahi Mosque, and the scenes included numerous extras of varying depictions. The conceived name of the mosque (Masjid Muawiyahi Mosque) may be a distant allusion to the Bani Muawiyah Mosque in Saudi Arabia. The film shoot included a simulated altercation between two sets of extras and also included a scene where an Islamic school bus driver alerts Officers Reagan and Janko about a bomb planted within the vehicle. The suspenseful themes surrounding the bomb threat and police work are typical techniques used within the show’s brilliant formula.

A freelance production advisor on the set named Kevin said he, along with the rest of the production crew, didn’t get any notifications saying that they “would film anything next week.” This statement implies that Blue Bloods has a somewhat sporadic film schedule. He also said that, when actors are filming the show, they are on a “tight schedule” as they are usually extremely focused on rehearsing scenes and memorizing scripts. Blue Bloods has occasionally filmed in New York City ever since its premier in September 2010, but the crew has frequently been spotted (specifically in Brooklyn) as of late; the crew recently filmed a car crash scene into a delicatessen just after last Thanksgiving Break on November 28th, 2017 in Bay Ridge. Additionally, the official Blue Bloods Set is located at 190 Diamond Street in Brooklyn. Therefore, the Blue Bloods filming production crew is always a potential sight to see while walking around in the New York City area.