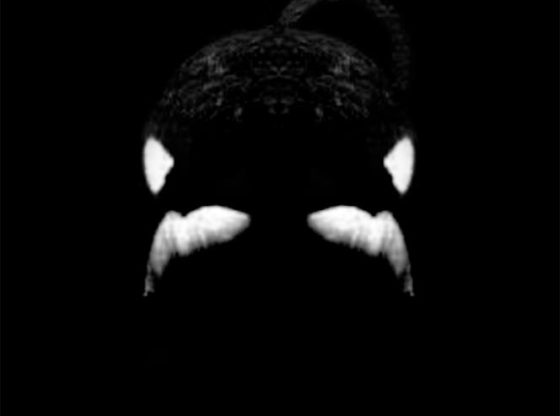 CNN aired Blackfish, the critically acclaimed documentary about the dangers of holding Orca whales in captivity.

The film is based around the death of Dawn Brancheau, a former whale trainer at SeaWorld in Orlando, Florida who was killed by Tilikum, a 12,000 pound Orca whale, on February 24, 2010.

Former trainers spoke about their time at SeaWorld, becoming trainers, experiences they had, and lies they were required to tell.

The documentary records back to 1971, when whale capturers would travel to Washington State and use bombs, boats, planes, and nets to capture whales.

In 1976, Washington State banned SeaWorld from capturing Orca whales in state waters. The company then took aim on Iceland, where they captured Tilikum.

As a young whale in captivity, Tilikum suffered constant raking, a way whales assert dominance by scraping their teeth against another whale’s skin.

Tilikum eventually took out his aggression on Keltie Byrne, the first trainer he killed in 1991.

Blackfish also covers the topic of aggression and family separation by highlighting a few key cases.

One being the death of Kandu, a female whale at SeaWorld San Diego who was attempting to rake another whale, but the impact caused her to break her jaw, which severed a major artery causing her to bleed to death.

In the wild, whale offspring never leave their mother’s side, but in captivity Orcas are taken away.

There have been many cases where whales have shown depression and separation anxiety due to being taken away from their family.

Former trainers referred to Tilikum as “a ticking time bomb”.

This aggressive whale is kept in captivity because of the value of his sperm, which is harvested, frozen, and used for breeding.

It is said that 40% of the whales in SeaWorld have Tilikum’s genes.

Almost 20 years after his first killing Tilikum took the life of Brancheau.

The released autopsy revealed more information than SeaWorld would admit to.

Over 70 incidents involving Orcas at SeaWorld have happened over the years, but trainers are not being informed, and the truth is hidden.

The documentary shows how SeaWorld twists facts about Orcas to make it seem as if they are doing good by holding Orcas in captivity and telling patrons whales live up to 35 years when in reality Orcas can live up to 100 years in the wild.

Issues such as a collapsed dorsal fin are extremely rare to wild Orcas when 100% of male whales in captivity face this problem.

SeaWorld denied interviews with the creators of Blackfish.

Currently trainers have to stand behind barriers during shows, a ruling brought on by the Occupational Safety and Health Association (OSHA), but SeaWorld is appealing it.

Throughout the hidden horrors of SeaWorld, Blackfish is bringing it to the surface.