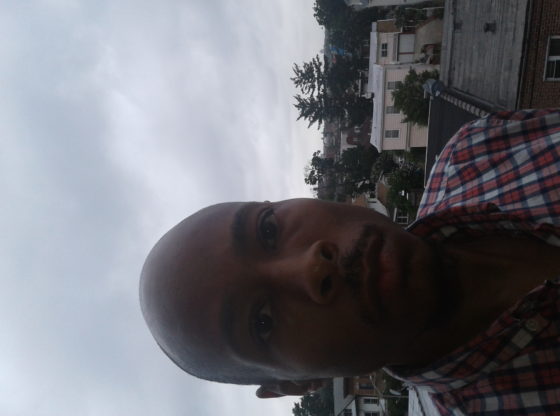 I have been asked on a few occasions to describe my experience of being “Black” in America, and no matter how many speeches I give or articles I write on this subject, it’s always a difficult subject to tackle.

Do I start with the instructions received from my mother at the young age of eight where she sat me down, looked me in my eyes, and sternly said, “Charles, I need you to hear me. If you are ever stopped by the police for any reason, please make sure you speak to them with respect. Make sure you answer yes sir or yes ma’am no matter what they say or do to you.” She said, “I need you to speak to them in this manner not just because they deserve respect, but also because I need you to make it home to me safely.” At the age of eight, I did not understand why she spoke those words, but I would one day find out.

At the age of 21, while living in Orlando Florida, my friend whom I will call George, was white and father was a wealthy high-ranking politician who frequently gave George new cars. Amid George regularly changing cars, there would be times he would drive them before the titles were switched over to match the license.

I, along with two of my cousins were sitting in the back seat of George’s car and while driving along the highway a police car flashed their lights and signaled for us to pull over to which George obliged. Two officers got out the car and explained that there were a lot of auto thefts happening in the area (which was true) and he noticed the license plate did not match the car model.

George handed the officers his license and registration and explained to the officers who he was, who his father was, and why the license plate did not match the car. After running George’s information and verifying his story we believed all was well and we would be sent on our way. The exact opposite happened!

The officer called for backup and asked George to step out of the car and stand to the side, to which my friend obliged. The second partner opened the passenger door, reached inside, grabbed me by my collar, and yanked me out of the car. He then pushed me to the cop car and forced my hands and head on top of the roof.

By this time 3 other cop cars had arrived at the scene with most of the officers having their guns drawn. Although my hands were clearly insight on top of the car, one cop officer placed his gun directly to my face. My heart was running rampant; I had never been in so much fear, yet at the same time so confused. “Sir, you have searched me and see that I have no weapon and my hands are insight, why is your gun in my face,” I asked the officer.

His response being, “Because I am waiting for you to make the wrong move.”

Holding myself together at that moment was difficult. I felt scared, angry, and ashamed. Scared because I could see the look in his eyes and that he had no problem pulling the trigger and shooting me in my face. Angry because it was uncalled for and unjustified.

I was sitting in the back seat, it was not as if I was driving the car, so why me? Ashamed because there I was having to take this abuse knowing that I could not defend myself and come out on top. With my face pressed on the car, my mother’s words came to mind, “I need you to make it home to me safely.”

I did my best to keep my composure, and after what seemed like a lifetime, they finally allowed me to go back to the car. As I was walking back, I could not help but ask the officer who pulled, “Why? Why did you pull me out of the car, I wasn’t even driving?” He responded, “Because you look like the leader, you look like trouble.”

I did not realize what he meant at that moment, but after reflecting on the situation, I knew exactly what it was. My skin color: I was the darkest person in the car. For anyone who knows me, they would say that my skin complexion is not that dark, but that is here in New York. Under the rays of Florida’s sun, I get extremely brown. For whatever reason, my skin color said “TROUBLE” to them.

What else would explain why George, my white wealthy influential friend who was driving illegally, was asked to step to the side, while Charles, the black passenger sitting in the backseat was pulled out, thrown against the car, and had a loaded gun placed to his face.

Sadly, that is only one of many experiences. It does not matter how many times I speak or write about this subject; I always find it difficult because the personal belief that no matter how many laws are changed, and no matter how many sit-ins or protest we may have to fight this injustice, racism will continue to be a part of the United States of America’s soul.