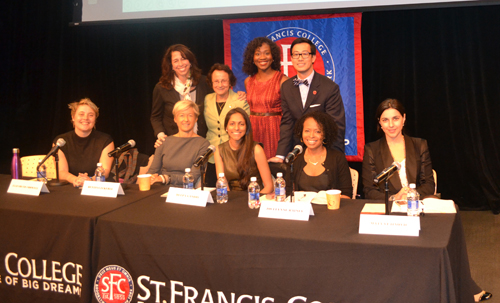 The sand was discolored, the tide was almost to the grass a few feet away, and the pavilion that once stood by the water was destroyed. All that was left was the wooden foundation and a fence around it.

One year ago, Hurricane Sandy hit the Tristate area and caused irreparable damage from which residents are still reeling.

The coastline of Staten Island was hit with the storm surge which reached 16 feet at its peak, compared to a tide of 11.1 feet in Battery Park in Manhattan.

In the area of Staten Island which had the most casualties, there was a storm surge that reportedly fluctuated between five and six feet every 30 seconds, which meant that large waves were repeatedly slamming the shoreline as it peaked.

Much of the storm surge was funneled through Raritan Bay, between southeastern Staten Island and New Jersey, as the storm made its violent way toward the Atlantic coast.

Combined with the heavy wind gusts that Sandy brought, from 80 to 100 mph, the storm surge kept the waters from receding in low tide like they normally would.

One year after Hurricane Sandy, there is still much work to be done to repair the shore towns along the east coast, and they will be forever more vulnerable.

For Staten Island in particular, there has been a one and a half foot rise in sea level in 1821, which makes the island more vulnerable to further disasters. There has been so much erosion that Mid Atlantic beach visitors often find themselves devoid of the long stretches of sand before walking right into the water.

However, thanks to the community spirit of all those affected, there have been endless relief efforts from the last year to fix the shorelines and restore beaches to their old beauty.  New York Cares Beautify the Beaches Project will host another volunteer day on Saturday, November 16. Find more information here to sign up.