Basketball: Men on a Mission Defeated 77-86 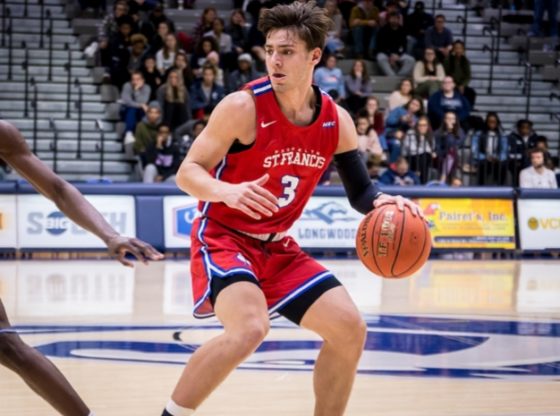 Earlier this evening the St. Francis Brooklyn Terriers were defeated by the Longwood Lancers of the Big South, at Farmville, Va. Presently the Terriers are (1-2) while the Lancers are (3-1).

The contest started as the Lancers scored the first two points of the game. Almost immediately after the Terriers followed with a good three-pointer from Unique McLean. They then went on an 8-3 run however the Lancers took control of the game with a 9-0 ending the first half with an eight-point lead, 39-47.

To start the second half, Rose Hurley of the Terriers scored his sixth point with a good layup. However, the Lancers soon took a 10-point lead. The Terriers fought to reduce their lead as they went on a 9-3 run bringing the score to 74-80 with one minute and 37 seconds remaining. Unfortunately, the Terriers were unable to catch up with the Lancers as they finished strong with a nine-point lead.

Right behind was Jaylon Wilson with 15 points. He played 33 minutes, landed a solid four shots at the free-throw line and grabbed two rebounds.

Jordan Cintron finished with 14 points for his 22 minutes of play. He also landed three of his four shots at the free-throw line and scored all three of his attempted three-point shots.

Juan Munoz recorded 10 points.  He played 19 minutes in which he landed six of his eight shots at the free-throw line, assisted in two baskets and grabbed four rebounds.

McLean tallied 13 points from his 31 minutes of play. He also assisted in three baskets and grabbed seven rebounds.

Hawkins also finished with 13 points. He played 34 minutes in which he landed two of four shots at the free-throw line, assisted in four baskets and grabbing three rebounds.

Higgins as well scored 13 points. He played 21 minutes recording a perfect four shots at the free-throw line and grabbed one rebound.

The Terriers will be back in action on Saturday, November 16, at 12 p.m. as they face off against NC State of the ACC at Raleigh, NC.