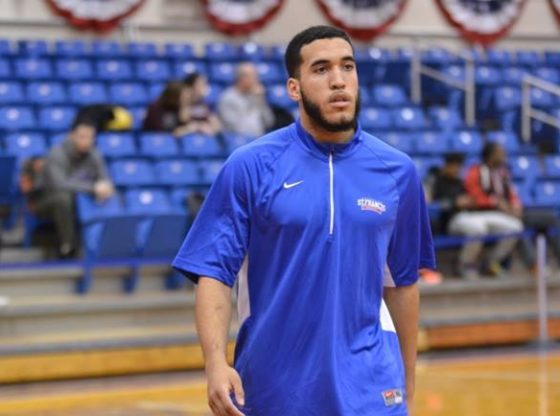 Jalen Cannon, alumni of the St. Francis Men’s Basketball team who set records during his college years, is avidly pursuing his basketball career.

He describes his journey after graduation as “very blessed.” Since graduating in 2015, Cannon has been exposed to many different cultures as he played professionally in Mexico, Israel and now Italy.

Cannon is currently playing for Fortitudo Agrigento in the Italian second division, Serie A2 as a power forward/small forward. He is proud of his defensive skills and is looking forward to keep growing in the sport.

Cannon said: “My coaches at St. Francis did a terrific job preparing me. They helped me a lot, especially mentally, as well as helping me develop my skill set over the course of four years.”

He also has other goals and dreams that he wishes to pursue which include making a Champions League Team, Euro League Team, starting a mentoring program, running summer basketball camps and eventually becoming a college coach.

When asked to give advice to current and future Terrier athletes, he stated: “continue to follow your dreams because you never know how close you are. It can be a rough journey at first but in the end when you look back it’ll all make sense.”

While attending St. Francis, Cannon set many records including Most Rebounds in a game by a NCAA Division 1 freshman and was the first player at the college and second in the Northeast Conference to record 1,500 points and 1,000 rebounds.

Cannon gave his thanks to his former coaches and Athletic Director, Irma Garcia, by expressing how they were truly life changing people for him and his family.

Tragedy at 125 Street: MTA Worker Killed by Fall
SFC bookstore to close in May