BARBIE’S GETTING A MAKEOVER

Home /News/BARBIE’S GETTING A MAKEOVER 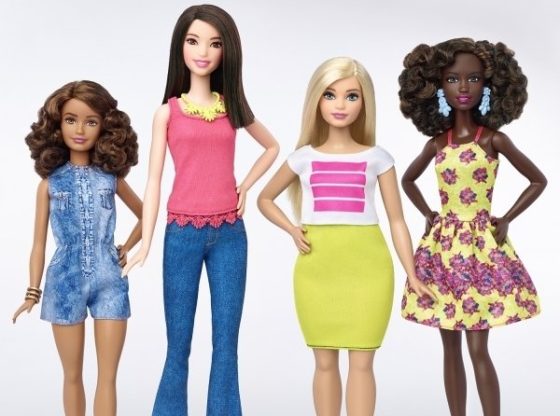 For some time the physique of Mattel’s Barbie doll has always been an issue for some people labeling it as unrealistic and giving young girls a skewed image of the “perfect” body type.

Because of this, Mattel is releasing new Barbie dolls in curvy, petite and tall. Not only will there be new body types but there will also be a multitude of different skin tones, eye colors, and hair colors.

People have been complaining about Barbie and the lack of diversity in doll types. This drove parents away from buying Barbie’s and investing in resembling dolls to entertain their kids.

“This is about drawing a wider demographic that had turned away from Barbie back to Barbie,” said Jim Silver editor of TTPM.

The sales and reputation of Barbie dolls have decreased in the past few years. Kids are starting to play with dolls that look more realistic rather than the one-style only Barbie doll.

“Some industry experts and academics have long doubted that cosmetic changed – whether racial or ethnic or body shapes – can revise the popularity of the 57-year-old Barbie, whose sales have been declining by double-digits in recent years,” says The New York Times.

Another reason for declining sales is that parents aren’t buying toys that are gender-specific anymore – they are opting for toys that is applicable to both genders.

Barbie is changing the way the brand is represented with new commercials of young girls of different races dreaming of what career they can someday pursue. Barbie showcases inspiring messages that girls can do anything – such as a doctor or astronaut.

“The ones in multiple skin tones did phenomenal for Mattel, and it showed them that people wanted much more than the blonde blue-eyed Barbie,” said Mr. Silver.

These new dolls are creating such a buzz on social media with people happy and encouraging the new shapes and colors of the dolls. The 33 new dolls are available on the Mattel website.