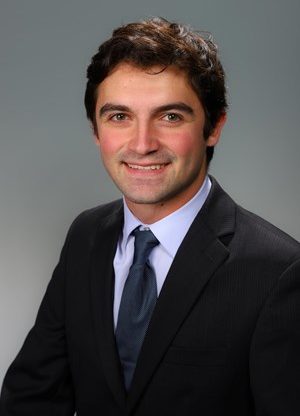 Niko Lambert received a phone call in thesummer of 2019, just a few months after graduating from Stevens Institute of Technology.It was Terriers’ women’s volleyball Head Coach Amable Martinez asking Lambert if he’d like to fill the position of his assistant coach.

“It’s like pinch me, is this a dream?” Lambert said.

In 2018, St. Francis College announced the addition of men’s volleyball. In 2019, Lambert was appointed head coach,taking the team into their inaugural season. Though the program is only in its first year, Lambert hopes to see it grow significantly.

“It’s an incredible ride. Every day there’s a new bit of adversity that we learn from,” he said. “We take what comes and we keep on going — that’s the motto we’re going with and the goal is to build a culture. As a first-year program it’s important to build that foundation that’s going to outlast the player here, outlast me potentially. When people think of St. Francis Volleyball, they’ll know what it will be.”

On becoming head coach, Lambert said, “It’s pretty surreal and it’s definitely funny. Every school we go to they ask, ‘Who is the head coach?’ because they assume I’m one of the players.”

“It’s good to take age out of the equation,” he said. “We get to where we are one way or another, there’s no set formula.”

Immediately out of college, Lambert was hired by Cooper Surgical Incorporated.  However, after receiving thephone call from Martinez, Lambert left his job and joined the staff at St. Francis College in the summerof 2019.

Coincidentally, at Stevens Institute of Technology, Martinez served as an assistant men’s volleyball coach from 2017-2018 under Head Coach Patrick Dorywalski. There, he met Lambert,who was then a sophomore.

At Stevens, Lambert was a captain and “one of the guys who led us to the National Championships,” Martinez said.

“He’s a very high IQ guy, does things the right way,” said Martinez. “I think the program needed someone who has his energy and to bring it out. He brings the energy to actually put into the new kids.”

Players say Lambert has done a great job so far.

“It’s great to have such a young coach that’s super motivating and loves the sport,” said freshman libero/outside hitter Dominick Pikura. “It’s great because he just got out of college ball and playing so he’s got that experience and knows what he’s talking about. He provides the players with great intel and better ways to play and score and he’s just a great guy.”

Lambert, who is 5-feet, 11 inches tall,didn’t always play volleyball. Before his love for the sport developed, he played soccer. In the seventh grade, after watching his brother play volleyball, he and his good friend at the time decided to take up the sport. Lambert pursued the sport at the college and at the club level, where his team wona state title.

At Stevens Institute of Technology, he played the libero position, recording 453 digs over a period of four seasons. His team also recorded a 115-24 record over his four-year collegiate career and advanced to the NCAA Tournament every year. He excelled as both a student and athlete, winning numerous awards for his sport and his work as a resident adviser.

Despite having such an outstanding college career, Lambert said he didn’t want to go pro.

“That’s not for me. I honestly thought that I’d never be in the volleyball world again. April 2019, we lost the National semi-finals and I was like, eh,I’m done playing organized volleyball. I had no intentions of playing in the adult leagues, no intentions of being a part of the sport even,” he said.

However, after receiving a phone call from Martinez, Lambert said that he was pulled right back in, and only then did he realize how much he missed the sport.

Working alongside Martinez has made Lambert’s transition from player to coach seamless. “I knew how he likes to operate things; I knew the practice plans; I know his coaching style; and I know him as a person,” Lambert said.

Lambert and Martinez have had a coach-player relationship; mentor mentee relationship; and arenow simply friends. “I really can’t applaud him enough for bringing me on board,”Lambert said.

Martinez advice to Lambert is to “keep grinding, and don’t get discouraged. With a first team or a team on its way up, you hit a lot of bumps, a lot of walls, you got to keep bouncing back, that’s usually how you get better. And I think he’s heading in the right direction. That’s my advice, keep grinding. This is a grind.”

With the season well on its way, the Terriers hold a record of 4-9. They have nine away and two home games left for the 2020 season. Though there’s a lot on Lambert’s plate, he said, “When you love what you do, you don’t have to work a day in your life. So that’s the reason I get out of bed every morning, to come back here to coach a great group of young gentlemen to be not only better athletes but better people.”