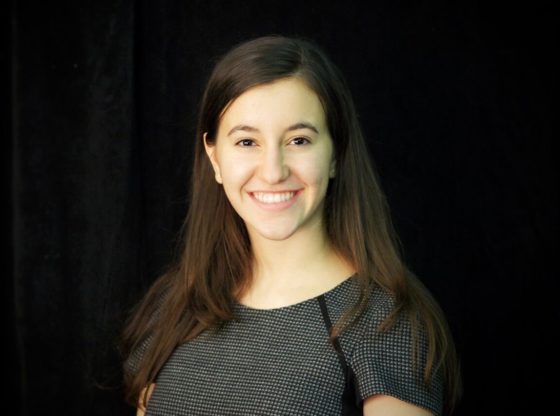 Rising senior Arianna Sartzetakis is a notable member of our SFC community.

“If you would have told me going into my orientation a few years ago that I would have spent all day every day at St. Francis I probably would have laughed,” she says.

Arianna is a double major in Economics and Political Science with a concentration in Public Policy.

“I have had the privilege and honor of being on Student Government since I was a freshman. I actually joined the first day I stepped foot on campus, asking how I could be involved and haven’t looked back since.

“I was lucky to be taken under the wing by many upperclassman, faculty, and admin alike. I was exposed to departments ranging from the Center for Student Success, to Admissions, to Special Events.

“After holding the title of SGA Senator, I held the executive positions of Treasurer and Speaker of SACOR. As Treasurer, I implemented 1/3 and 2/3 meetings, meeting with each club individually, allocating their budgets properly.

“While I was able to begin building relationships with various people and departments, Speaker of SACOR allowed me to continue to build and develop relations with leaders on campus ranging from club leaders to athletes, to departments such as Center for Student Success, Development, Admissions, Athletics and Special Events.

“As Speaker of SACOR I helped implement a student discount program (Terrier Deals) with vendors in the community, bridge the gap between SAAC and SGA, redesign the SFC website for clubs and organizations, and create school wide club emails. I also was a part of a team which increased attendance by 50% at events and focused on planning large events on campus for our fellow peers.”

As President, Arianna hopes to continue building upon her personal motto of “transparency, communication, and collaboration over competition”.

“The role of President is more than just a title, but serves as the bridge between faculty, administrators and students. Our current motto for the 2018-2019 school year is “SFC Calls” – we plan to continue to build and enhance the relationships we have built as a Student Government, and continue to build upon our work and create a bigger and better mark on campus.

That being said, Arianna emphasizes that the work she does is not for herself. Rather, it’s for future SFC students.

“Although there are short term rewards as to what we are doing as a team, it is important to note that we are setting down a foundation and establishing a culture for those who will take over years later.

“I have constantly been inspired, supported, and pushed to be the best leader and person I could be through my interactions with those around me, and hope to continue to inspire people myself through my position as President.”

Her work in Student Government inspired Arianna to start her own club, Girl Up United Nations, in the spring semester of her freshman year.

In 2016, Girl Up held the first “Week of the Girl” which involved events ranging from a respect initiative, to a mock election, to hosting speakers Selena Cuffe and representatives from the Non-Governmental Organization Peace is Loud.

“I soon became involved as a Peer Leader, Admissions Ambassador, and member of the Student Advisory Panel on the Women’s Leadership Network. I also began to complete in the Fed Challenge and Model United Nations.”

Off campus, Arianna interned at Brooklyn Borough Hall in the Office of Special Counsel and Compliance Division.

There, her work ranged from government affairs to international relations, to even playing a large role in the launch of Operation C.A.R.E., a multilingual child abuse prevention program.

“I also run Uncovermore.com (@uncovermore on Instagram), a site which inspires others to get out of their 9-5 and explore their surroundings. I cover art galleries, PopUps, fitness places, and aesthetically pleasing food choices. ”

Her next venture is a Be You Series, “an outpost of Uncover More which will focus on building leaders and creating events to form a community of passionate and driven leaders.

“I wish to combine my love of travel, finance, international relations, and connecting with others.”

In terms of advice, Arianna recommends that students make the most of their time at SFC by joining a club/organization, attending an event that they wouldn’t have originally thought would interest them, and to make sure they continue to surround themselves around those who support them.

“The best part about SFC is the culture, one which is truly like no other. There is always someone there to support you, so my best advice is to find that person and stick to them like glue!”