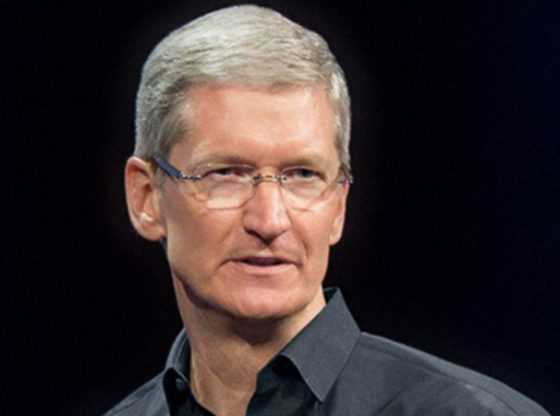 Apple will not break into the San Bernardino shooter’s iPhone because it might make its other customers feel unsafe, CEO Tim Cook said.

The FBI and Apple recently went back and forth about the FBI Director James Comey trying to get Apple to unlock the iPhone of a San Bernardino shooter.

Apple has the technology to be able to hack into iPhone users’ phones and get all of their information, but they don’t do it because it is an invasion of privacy. The FBI wants Apple to give them access because of the San Bernardino shooting to take a look into the shooter’s iPhone he was using.

“The case is about much more than a single phone or a single investigation,” Cook said in a letter to employees. “At stake is the data security of hundreds of millions of law-abiding people, and setting a dangerous precedent that threatens everyone’s civil liberties,” Tim Cook said.

“The scale of the San Bernardino attacks, which left 14 people dead and 22 people injured, warranted the pursuit of all leads including reviewing Syed Rizwan Farook’s iPhone 5c,” FBI Director James Comey said in a statement. “We simply want the chance, with a search warrant, to try to guess the terrorist’s passcode without the phone essentially self-destructing and without it taking a decade to guess correctly. That’s it. We don’t want to break anyone’s encryption or set a master key loose on the land.”

Apple is against breaking into Farook’s phone because it would invade the privacy of the user and defeats the whole purpose of having a password and is fighting it all the way. Apple has helped them as much as they could up to this point and believe hacking into the phone would be going too far and not look good for their company.

This dispute between Apple and the FBI has been going on for about a week now and as of Sunday Comey said “that no precedent would be set if Apple would just go along,” trying to downplay the situation.

Apple does have the ability to break into the phone to access the information inside.

This debate will be ultimately decided in courts and lawmakers in Washington D.C are looking into studying this issue closer.