An Afternoon with Jonathan Furr: Vice President of Fox Broadcasting 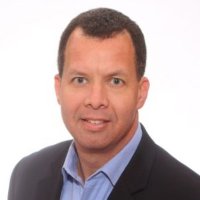 On Monday November 6th 2017, Jonathan Furr visited St. Francis College to share his advice and experiences as a 14 year job at FOX. This took place an Callahan Center at 11:15 am where students of communications, marketing, information technology, production and broadcasting majors could all come together to learn and ask questions.

The panel started with some words on how the T.V. business works, if you want to make money you have to produce the content, own it or sell it according to Furr. He continues with how to succeed in getting there, “It’s not what you know, it’s who you know…” and stresses the importance of taking internships to create connections in the field you are passionate about working in.

Internships are good not only for the networking that you do with people and companies, but also in the communication work there is new media to work in besides television, Furr says how went he was in school there were only a few T.V. networks to consider working for but now with the internet and new technology there are several new options available to upcoming generations.

The first question asked was how can students make themselves “stand out from the crowd” in today’s communications job market. Furr offered advice such as making your job resume memorable, organized and include information that will show that you are a step above all the other resumes they receive. Also networking is a way to stand out, if someone from a company knows you and your work they are more likely to hire you. Another strategy is creating your own brand and using websites like LinkedIn to do so and make connections. He also reminds students to be careful with social media and to keep their accounts professional or on private as companies can see your profiles, pictures of wild parties or unfriendly posts will most likely not look good involving those trying to get hired.

The next question was “what is the best advice you can give us?” and he responses with what he believed is the best thing to do in job hunting. Furr explains that narrowing down what you want to do is a great step in finding the right career. Whether you want to work in production and create things, market and advertise or write and own your own television show it all comes back to trying to be as specific as you can with what you are looking for.

In relation to this, finding a rare internship may become a part of your career search. Furr offered the following advice in correlation of a question about finding a job in the video game industry. He says to “research the heck out of it” and to become informed anyway you can in the field your looking at. The more you know about it the better your chances are. Also that you have to network whether it is emailing people you aspire to work for or going to conventions, such as as Sony Square NYC events in the case of video game careers.

Other comments on the career hunt is to keep your options open, “you don’t have to know what your doing for the next 40 years..” Furr urges students to do what they like and to “cast a wide net” when considering careers. When using Digital Media for profile building and the field of it in terms of jobs, you have more opportunity then ever before. Being creative is a must! “Be as creative as possible” says Furr.

Lastly Jonathan Furr closed with this:

“I was very fortunate in my career for having people… For taking my phone calls [or] for having a meeting with me. And I always said that in my career when I had the opportunity to give back that I would. I’m deadly serious please feel free to reach out, Im not promising a job but what I am promising is an [opportunity] to back up what I’m saying and network and point you guys in the right direction. I wanted to say thank you for your time, you’ve all had great great questions [and] we’ll be in touch soon. I wish you all the best of luck. Thank you.”

Jonathan Furr was also kind enough to give his email, you can have the chance to network with him and jump start your career hunt by contacting him at: JonFurr@Att.net