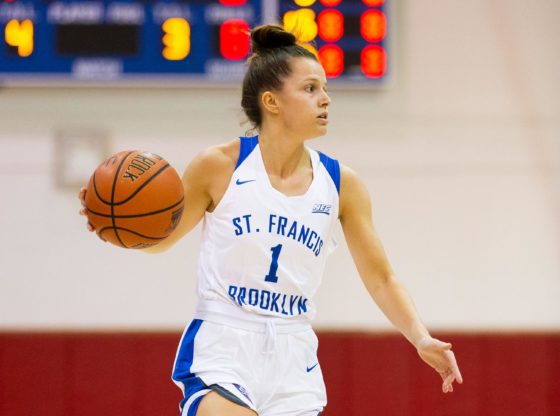 O’Neill also made history tonight by becoming the first player in St. Francis College basketball history to record a triple-double as a Terrier.

The Australian born point guard transferred to St. Francis College from Cowley Community College located in Arkansas City, Kansas. During her time there, Amy averaged a total of 12.7 points, 3.6 assists, and 3.2 rebounds per game.

It has been quite a year so far for St. Francis College basketball as many milestones have been accomplished this season with the most recent milestone coming from Amy’s teammate, Maria Palarino, scoring 1,000 career points this past Thursday.

As the Women’s basketball team is heating up in conference play, we wish them the best of luck in the remainder of the regular season.