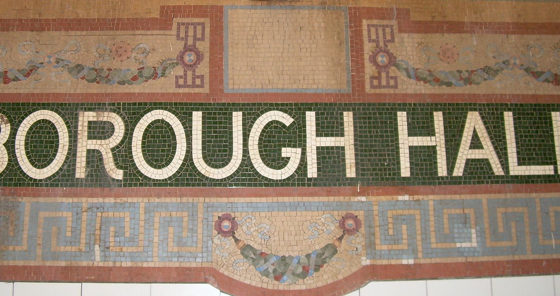 In terms of public transportation, St Francis College just might be the most accessible college in Brooklyn, if not the whole of New York City.

There are also at least 14 buses that make stops within a few blocks of the campus.

Six of these buses stop on Court Street within a block or two of the school. Four of them stop on Jay Street, three stop on Livingston Street, and the B103 stops on Adams Street.

At least 21 different trains and buses lead to the small college of big dreams, giving many students more than one way to reach school in the morning.

“Whenever there is a problem with the F train, I just take the B67 bus right to Jay Street,” said Lauren Piselli, a Junior at SFC.

Former SFC student James Powers said, “When I went to St Francis, it was 15 minutes on the F train and I was there. Now I have to take a train and two buses to get to Kingsborough.”

Other colleges in Brooklyn, such as Kingsborough Community College and Brooklyn College, are much harder to reach via metro-card.

Kingsborough Community College, located in Sheepshead Bay, is reachable only by the B1 bus and the B49 bus. This forces most students to transfer to one of these buses from a different bus, or from the neighboring F, N, Q, and D trains.

Brooklyn College is reachable by the 2 and 5 trains, and the Q train leaves you about 4 blocks away. It is also reachable by several buses.

But due to SFC’s easy accessibility, it attracts students from all over the 5 boroughs, creating a truly diverse student body.

DOES MUSIC HELP OR HINDER YOUR STUDYING?
BROOKLYN’S BATBOY