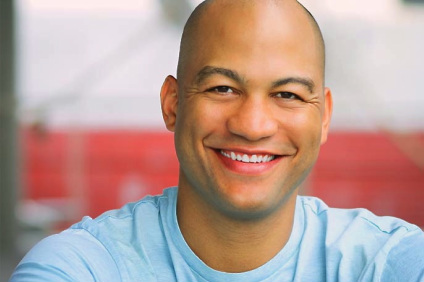 Former adjunct professor and actor Clark Jackson is in the running for an Emmy® nomination for outstanding guest actor for FX’s hit drama show, Pose.

In season 1, Jackson guest starred as Lawrence Richards, Damon Richards (Ryan Jamaal Swain) father who neglected his sexuality and banned him from his home.

Despite teaching for several years, Jackson has always been an actor. He has acted for over 20 years under the CBS Corporation for guest roles.

Jackson explained how a series of unfortunate events led him to be the actor he is today. He recalled how after his uncle was fatally shot he was taken to Grady Memorial Hospital. In the waiting room, he was fully inspired by Alex Haley’s, Roots for the first time.

“There’s something about what Kunta Kinte was going through in that moment and seeing the power and the emotion behind that – there was something about that I saw in myself. That’s when the original seed was planted. I must have been maybe 9 years old.” He said.

In his freshmen year of high school, he soon got into drama, then graduated Yale School of Drama soon after. He carried his skills as a public speaking teacher for Hunter College and St Francis College. He did all this, while having occasional acting roles.

Even though he had been acting for years, his guest role in Pose made an even bigger significance. Jackson made a long-standing relationship with casting director, Alexa Fogel who casted the HBO drama, The Wire. She gave him the opportunity to expand his abilities by playing roles outside his usual appearance.

“It’s actually difficult sometimes to get people to see you in a light outside of however people have cast you. In my case that’s a polished and educated man in suit. For the most part FBI, lawyer stuff like that.” He said.

Contrary to these usual roles, Jackson played Mr Richards in one scene as the uneducated father whose unsure of how to address his son’s behavior.

“What made it significant was that it was a role that was rough around the edges, not polished and not well spoken. It was very physical. I don’t get to do many things that are physical. I assault the character who’s my son.”

For a groundbreaking LGBTQ show, Jackson had to look at homophobia as a whole. He also said he had to make sure to control his classical training.

“I really had to make sure that I didn’t let my classical training or certain way of speaking and presenting myself speak into the character.”

Aside from this role, Jackson hopes to finally land a series regular role for a better stability and working schedule.

“Course I’m grateful that I get the guest star roles, but what I’m really hungry for is that series regular gig. That’s kind of what everyone who’s in the business of television is kind of gunning for.”

He recently had the opportunity to audition for a series regular in a show called Dinner in Delmonico from his popular reviews from Pose.

“I looked at the bible, which is like laying out several seasons of the shows and kind of describing the characters and everything else. It was incredible!” He said.

At the end of it all, Jackson wants his students to feel empowered by his acting abilities and educated to see what’s possible for them.

A Terrier in the Capital
Prestigious Position: A Peek into the Terrier Sports Network