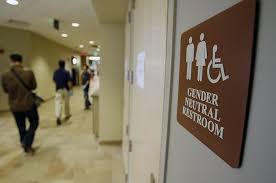 “Every New Yorker should feel safe and welcome in our city, and this starts with our City buildings,” de Blasio stated when signing the executive order, “Access to bathrooms and other single-sex facilities is a fundamental human right that should not be restricted or denied to anyone.”

Under the new order, approximately 25,000 transgender residents can use public restrooms without having to show identification, medical proof, or any other documents needed for gender verification.

“Too many transgender and gender nonconforming New Yorkers have been harassed. They’ve been made to feel out of place and uncomfortable,” he said.

In accordance with the order, agencies must mandate training for municipal workers and post reports within three months. The order does not apply to private businesses.

“The executive order will make loud and clear that New York City is a city for us all: cisgender, transgender, non-binary,” said Carmelyn Malalis, Commissioner and Chair of New York City Commission on Human Rights.

Legislation for inclusive bathrooms and other facilities has been limited due to safety concerns that some men would falsely pose as transgender and attack women.

In spite of the concerns, states such as Tennessee and Oklahoma have legislation that imposes fines against targeting transgender and gender-nonconforming individuals.

“New York City is the birthplace of the fight for LGBT rights, and we continue to lead in that fight so every New Yorker can live with dignity,” said de Blasio.