ABOUT TIME FOR A WORTHWHILE ROM COM 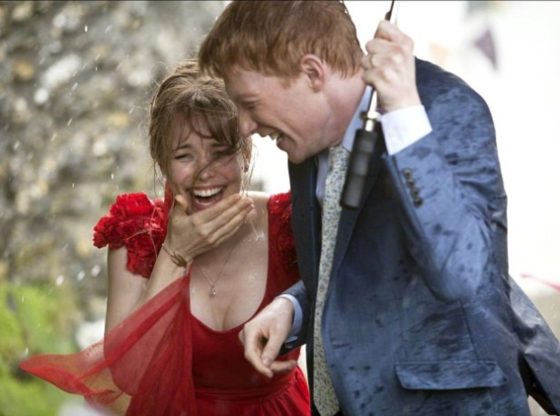 Time travel romantic comedy, About Time, written and directed by Richard Curtis hit theaters on Nov. 8 after premiering at The New York Film Festival in October.

Gleeson plays Tim, a 21-year-old man who learns from his father, played by Bill Nighy, that he and all the men of his family have the ability to travel back in time.

He uses this power in the best way he sees possible– to find the love of his life, Mary, played by McAdams.

Tim learns quickly that not all the events that occur in his life are easy to change since they affect every other point in time, making decisions harder in life-or-death scenarios.

This was a film that incorporated all the true matters of ordinary life with the wish that everyone wants: the chance to rewrite the past to make for a brighter future.

About Time also captured platonic, romantic, and familial relationships with an air of sarcasm and truthfulness told through the eyes of Tim.

It had unexpected moments that truly surprised the viewer, with the only predictable exception being the casting of Rachel McAdams in yet another time traveling romantic dramedy(McAdams also starred in The Time Traveler’s Wife from 2009.)

However, the reason that McAdams is chosen is the way she brings life to her roles.

McAdams, along with Gleeson, perfected the film and raised the bar for future romantic comedies.

Go see About Time in select theaters for a feel-good movie that will make you appreciate the life you have and the people that are part of it.