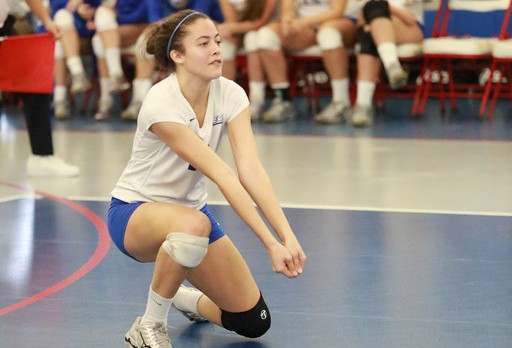 The LIU-Brooklyn Blackbirds (4-12, 0-3) continue to reign supreme in the inner-borough rivalry after sweeping the St. Francis Terriers (3-18, 0-5) in straight sets for the tenth consecutive time.

The Blackbirds have now recorded back-to-back sweeps in Northeast Conference play, and their 3-2 NEC record has them in the middle of the pack.

The Terriers were unable to carry the momentum of a previous victory over Iona (3-14, 1-5) on Wednesday and find themselves in last place in the NEC standings.

In the game’s opening set, the two teams traded points with neither squad showing any resistance to start things off.

The Blackbirds were able to grab the game’s first real lead by turning a small 7-6 lead to a 12-6 advantage with relative quickness.

The Terriers came out of a timeout and scored three of the next four points to cut into the Blackbird lead.

However, the Blackbirds extended their lead another time, and as the Terriers fought back time and again, the Blackbirds finished off the set scoring four straight points, tallying a 25-15 set win.

The Blackbirds got off to a quicker start in the second set by jumping out to an early 10-3 lead.

This put the Terriers in an early hole, but they nearly climbed all the way out by cutting the seven point deficit to a two-point disadvantage (13-11).

In the third and what would be final set, the Terrier noticeably stepped up their level of play and restricted the Blackbirds from gaining another early lead.

The Terriers were able to get a one-point lead at 11 different times during the set, the final of which being a 16-15 lead.

In response to the continuous aggression of the Terriers, the Blackbirds played to a 17-16 lead, prompting a Terrier timeout.

This was the fifth lead of the set for the Blackbirds, and they did not let up.

While the Terriers continued to fight and display their resiliency, the Blackbirds were able to find their groove and seal the game with a late 6-0 run.

Those six unanswered points gave the Blackbirds a 21-16 lead, and they ended up taking the set 25-18, completing the sweep.

For the Blackbirds, senior outside hitter Tamara Ignjic accumulated a game-high 11 kills in the afternoon.

Junior setter Nicole Hopton’s contribution was distribution as she led the way with 27 assists.

For the Terriers, senior middle hitter Maggie Niu continued her streak of consistency as she led the team with seven kills.

Not far behind was junior outside hitter Domenique Gerard who collected seven kills and three digs.

Freshman setter Angela Hudelson made her own mark in the distribution column by leading the Terriers with 11 assists.

The Terriers will look to grab their first NEC victory in their next outing which will take place on Saturday, October 17.

On that Saturday the Terriers will travel to Teaneck, New Jersey and face-off against the Farleigh Dickinson Knights (7-11, 0-3).