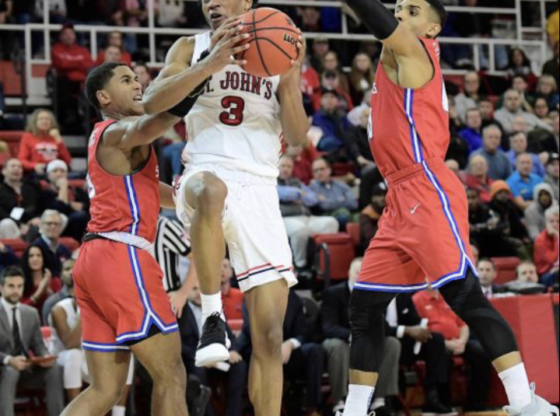 In coming off back to back wins against UMass Lowell and St. Peters Peacocks, St. Francis Brooklyn
Terriers (7-4) looked to continue their streak on Wednesday against undefeated St. John’s
Redstorm (11-0).

Sad to say, that couldn’t quite happen.

The RedStorm cruised past the Terriers in team fashion in an 86-52 win on Wednesday night at
Carnesecca Arena.

After the Terriers let a slight lead slip away due to an 11-0 run by the RedStorm early in the
first half, things would get out of hand.

The RedStorm would up their lead by 13 at the half and continued to raise the point spread even further all night.

A mixture of bad shooting and a lack of stoppage in the paint would kill the Terriers all night.