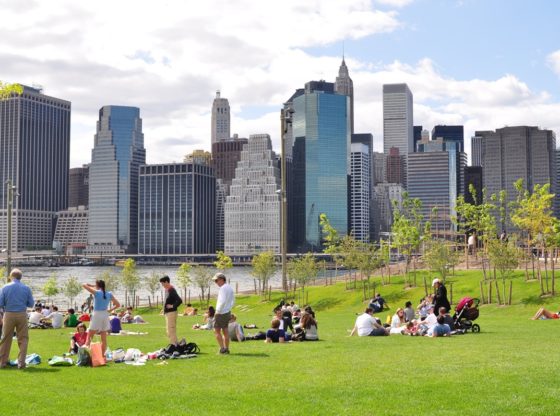 The run starts and finishes at Pier 6 between Atlantic Avenue and Furman Street and spans throughout the Brooklyn Bridge Park.

Runners will catch views of the Brooklyn and Manhattan Bridges, the Manhattan skyline, and the New York City Harbor.

The race starts promptly at 9:00am.

The race is in honor of Eileen Dugan, who was New York State Assembly member from 1980 to 196 and played a major role in the creation of the Brooklyn Bridge Park.

Born in Brooklyn, Dugan led a life of service and government work. She was elected to represent the 52nd AD for nine terms, which consists of Brooklyn Heights, Cobble Hill, Caroll Gardens, Red Hook, Sunset Park, and Bay Ridge. Dugan passed away after a battle against breast cancer at the age of 51, just days after her last election campaign.

Because of Dugan’s advocacy to open a waterfront park in Brooklyn she is often referred to as the Godmother of Brooklyn Bridge Park.

Register to run or walk the Eileen C. Dugan 5K this Saturday or just come out and support the cause for the Godmother that helped create the park we have today.