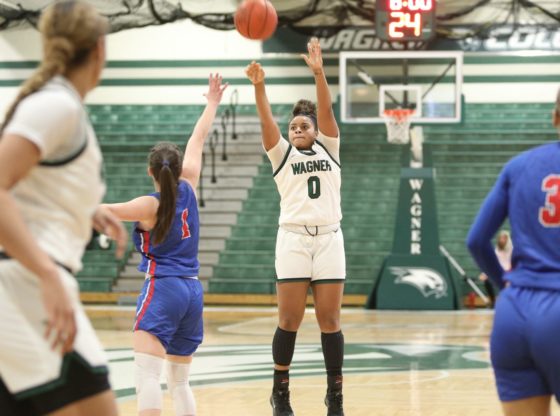 To begin the contest, the Seahawks took a 15- point lead as they Terriers trailed behind, 4-19. However, with a three-pointer from junior guard Melody Van Ness, the Terriers went on a 13-3 run bringing the score to 17-22, and cutting the lead to five. With two back to back three-pointers from the Seahawks, they took the first quarter 17-28.

In the second quarter, the Terriers made multiple attempts to come back however they were outscored by the Seahawks 14-20. The score going into half time stood at 31-48.

Entering the third quarter, the Terriers stormed back as they limited the Seahawks to 12 points in the quarter. They started on a 16-4 run bringing the score to 47-52 and later went on an 8-2 run cutting the lead down to four, 54-60.

In the fourth quarter, the Terriers gave a strong effort to come back as they cut the lead down to as little as three however, they fell short as the Seahawks took the game 66- 74.

For the Terriers, junior forward Ally Lassen led her team with 19 points in 35 minutes. She also recorded six rebounds, one assist, one steal and landed nine of 12 free-throws.

Freshman forward Jenna Jordan finished with 15 points in 34 minutes. she grabbed six rebounds, assisted in one basket, recorded one steal and landed three of six shots at the free-throw line.

The Terriers will be back in action on Monday, January 20, at the Knott Arena in Emmitsburg, Maryland as they face off against Mount St. Mary’s. Game tips off at 4 p.m.