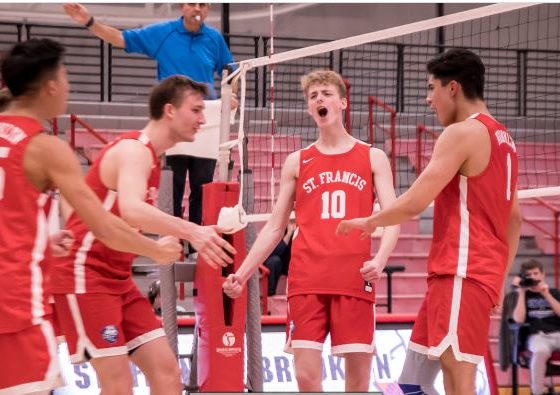 In the fourth set, Elms went on an early 5-0 run. The Terriers trailing behind would later go on a 6-3 bringing the score to 13-16. Elms went on to take the set 20-25. The fifth set was close as both teams were battling head to head. However there could only be one winner, the Terriers took the set 15-13.

Junior outside hitter Jeremy Torres led his team with 23 points and 22 kills. He also finished with seven digs.

Sophomore outside hitter/opposite finished with 13.5 points,11 kills one assist and seven digs.

Freshman opposite hitter David Vorfi led with 26.5 points and 25 kills. He also finished with 10 kills.

Freshman setter Andrew Piloto finished with four digs and a high of 51 assists.

The Terriers will be back on the court on Saturday, February 1, at NJIT in Newark, New Jersey. The game begins at 4 p.m.