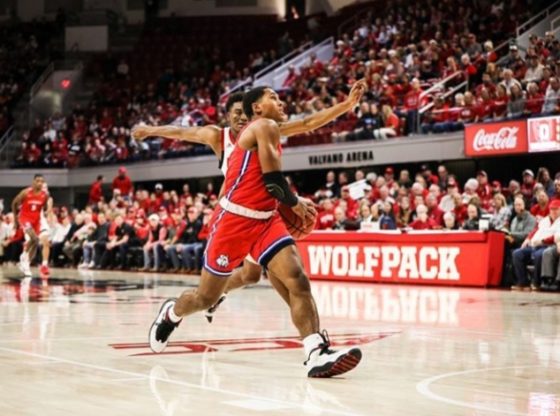 The St. Francis Brooklyn Terriers suffered a devastating defeat by the hands of the NC State Wolfpack earlier this evening at Raleigh, NC.

The Wolfpack took control early in the contest as they went on a 7-0 and an 11-4 run which took them to a 10-point lead at the end of the first half, 34-44. The second half was no different to the first as the Wolfpack battered the Terriers as they finished with a 31 -point lead.

Top performers for the Wolfpack were C.J. Bryce, DJ Funderburk, Devon Daniels, and Markell Johnson. Bryce led his team with 22 points of his 28 minutes on the court. He also landed eight of 10 shots at the free-throw line and assisted in one basket. Bryce achieved a double-double as he scored 22 points and grabbed 11 rebounds.

Funderburk recorded 17 points in his 21 minutes of play. He landed three of four shots at the free-throw line and grabbed seven rebounds.

Daniels tallied 13 points in his 29 minutes on the court. He also assisted in three baskets and grabbed three rebounds.

Johnson was a great help on the assist as he assisted in nine baskets. He played 28 minutes in which he recorded nine points and grabbed three rebounds.

Hawkins recorded 16 points in his 28 minutes of play. He also landed three of five shots at the free-throw line and grabbed eight rebounds.

Freshman Rob Higgins finished with 12 points in his 25 minutes of play. He also assisted in three baskets.

Krtinic finished with six points in 26 minutes. He landed four of five shots at the free throw, assisted in 1 basket and grabbed four rebounds.

McLean and Evans both played 20 minutes. They contributed a combined nine points and grabbed six and eight rebounds respectively.

Next, the Terriers (1-3) will host the Medgar Evers Cougars on Thursday, November 21, at 7 p.m. at the Pope Physical Education Center, Brooklyn Heights, NY.