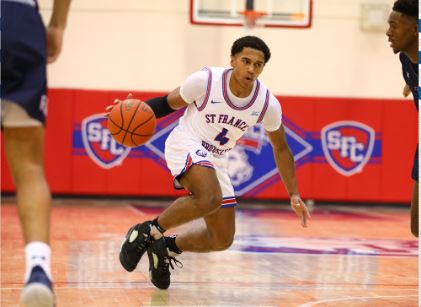 In the second half, the Terriers took their lead to double digits at 13:58 with a good jumper by freshman guard Rob Higgins. As the Terriers maintained their lead, they would go on to take the game 79-63.

Junior forward Elyjah Williams recorded a double-double with 12 points and 10 rebounds in 39 minutes. He also assisted in two baskets.

Senior forward Deniz Celen finished with 14 points in 33 minutes. He also finished with eight rebounds and landed a perfect three shots at the free-throw line.

Graduate guard Unique McLean recorded his first double-double of the season with 12 points and 10 rebounds in 32 minutes. He also finished with three assists and three blocks.

The Terriers will be back in action Thursday, January 9, at Moon Township, PA. They face-off against the Robert Morris Colonials at 7 p.m.